Croatia is a country in Europe that is most popular in the Balkans among tourists. It has got a lot to offer to voyagers, the parties on yachts, the culture, and the world heritage sites, the blue water beaches, the mountain cliffs, The cathedrals and much more. If you are looking for a Croatia holiday packages the first thing you should do is understand Europe to plan vacations. 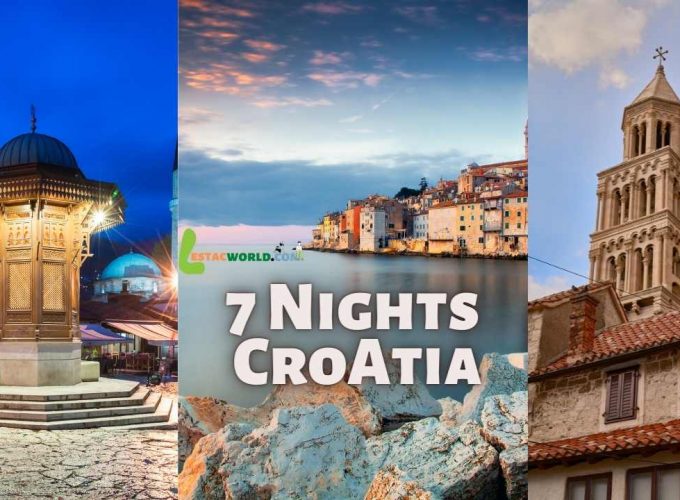 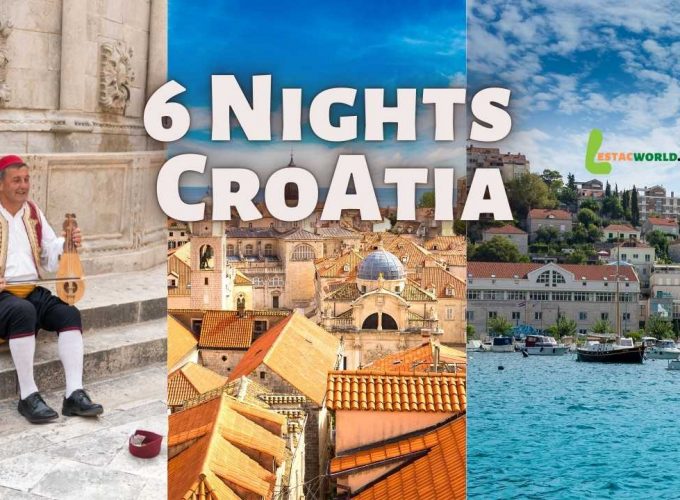 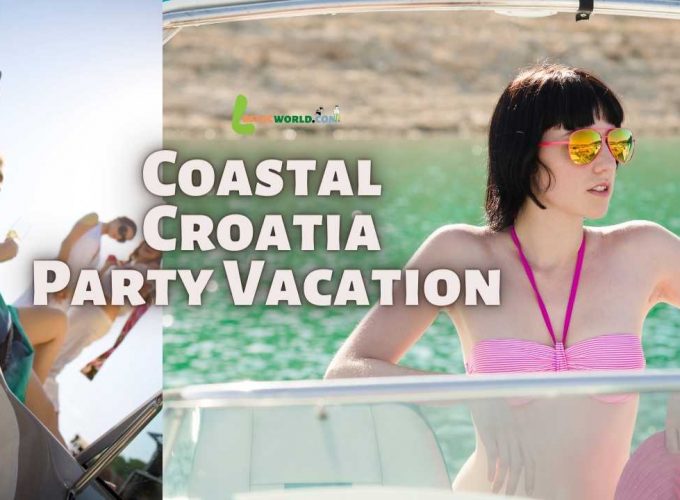 What you can do in Dubrovnik

It has a narrative of being able to transport someone with its dramatic surroundings for generations which led to it being called the Pearl of the Adriatic. Visit the old town here following this on foot and explore Stradun which is the main thoroughfare via the old town. The first thing to do here is to take a full circuit walk of the magnificent 13th-century City Walls. Drop by Fort Lovrijenac, St. The next stop is where you would feel like you are part of not only the historical real-life past but also find yourself living in the reel life of the Game of Thrones tv show. Dominika Street, Minceta Tower, and Pile Bay, the Blackwater Bay, where scenes of the Emmy Award-winning show were shot. Dubrovnik Croatia travel is most recommended for your next tailor-made Croatia holiday. After this be sure to take a ferry to Lokrum Island to experience the beaches and gardens. Dubrovnik offers a plethora of opportunities to be a part of Croatia’s history. Dubrovnik of Southern Eastern Croatia is a port city on the coastline of the southern Adriatic Sea.

What you can do in Split

A visit to the Diocletian Palace should be the first thing on your visit to Split on your Croatia tours from India. It currently is considered one-half of the old town of Split. Following this be sure to see The Cathedral of Saint Domnius, home to the bell towers dedicated to the Virgin Mary and Saint Domnius. For art lovers, the Mestrovic Gallery and stroll in the Revia. A day trip for nature lovers to the Plitvice Lakes National Park is the best way to spend the last day in Split. The enticing features of the second most populated city of Croatia revolve around its glorious past, rich culture and architecture. Sunsets from the top of these towers are sure to make your day. Split is the second must-visit city when you are holidaying in Croatia. Taking the Marjan hill hike and a visit to the Prva Vidilica Na Marjanu viewpoint is the best way to zoom out and adore the city at large.

What you can do in Zagreb

Be ready to get your mind blown at the Muzej iluzija by witnessing illusions on a large scale. Or go “ old” school and visit The Archaeological Museum in Zagreb, and let history make your jaws drop. Ask our experienced travel consultants to include this in your Croatia tour packages. To start things off, visit the Cathedral of Zagreb and connect with your soul. Any one of the Croatia travel packages that you choose is sure to include anywhere between 2-4 nights in Zagreb. A mid-day visit to the Zagreb zoo within Maksimir Park is the place to be to see some of the world’s endangered species. Or by seeing contemporary art at the Croatian Museum Of Naïve Art. To end things on a high note you can shop to your heart’s content at the Dolac farmers market. The capital city of Croatia is sure to enrich your travel experience culturally, historically and spiritually. The Gothic-style building in the southeast of the Alps is the tallest building standing in Croatia. If you want to heal from a past relationship without closure, the Museum Of Broken Relationships might just do the trick.

What do in Zadar

To experience and understand the historical and artistic heritage of the wider Zadar region, visit the Archaeological Museum Zadar and the National Museum and bask in the glorious remains of the past. Anastasia’s Cathedral and St. On the other hand, the greetings to the sun are the place where the ground lights up to pay respects to the saints of Zadar thanks to technology. The historical and spiritual wonders here are the churches. Mary’s Church, St. Donatus Church, and St. The St. Simeon’s Church are a few notable ones that have stood the test of time through the centuries. The top things that you shouldn’t miss out on are the beaches, fine architecture and places of historical interest. Built by the same architect Nikola Bašić these two structures are sure to make you fall in love with Zadar. Any good Croatia vacation reserves a good 2 to 3 days for getting the best of what Zadar has to offer. The sea organ is where waves make music when they crash against the steps leading to the ocean. The next must-visit destination on your India to Croatia tour package is the city of Zabar. Reserve the best to the last by visiting the architectural miracles of Zabar that attract tourists from all over the world, the Sea Organ and the Greeting to the Sun.

What you can do in Rijeka

The beautiful city demands anywhere between 3-5 days of your holiday in Croatia. Rijeka is a low-key destination in Croatia that is not often visited by tourists since many are not aware of its existence in the first place. Just like in the rest of Croatia, museums here are aplenty. The coastline consists of 11 beaches out of which the Ploce and Kostanj beaches have been declared the best European beaches. The famous ones are the Peek & Poke Computer Museum, Maritime and History Museum of the Croatian Littoral and the Museum of Modern and Contemporary Art. Speaking of natural beauty, the beaches are nothing short of perfect. This was the birthplace of the Torpedo and the first-ever factory that produced them at a rate of a hundred per month. This will give you a chance to drop by the central market to buy produce and marvel at how efficient it was made to be. Be sure to ask your Travel consultant to get you an apartment to stay in while customizing your Croatia tour packages.

What can I do in Croatia?

The most opportune things to do in Croatia would be to go trekking at one of the eight National Parks, surf at the Zlatni Rat Beach, understand the Game of thrones civilisation in naturalistic life, and go cycling in the townlet of Korcula at sunrise/sunset and documenting to the sea organ at Zagreb.

Can I do water sports activities in Croatia?

The ultimate water sports are Rafting on the Cetina River, Canoeing at the Cetina River Canyon, surfing at Zlatni Rat Beach, ziplining over the Crikvenica coast, Paragliding in Mount Cicarija and.

What should I not miss in Croatia?

The adventures that you should not miss in Croatia would be attending the Ocean organ at Zadar, visiting the Plitvice national park, or parties at Korcula, seeing the performance of klapa, a traditional acapella of Croatia and dwelling in the old town of Dubrovnik.

Is Croatia a Schengen country?

No, Croatia comes in Balkan Europe and does not come on the Schengen countries list.

Where is Game of Thrones shot in Croatia?

Game of Thrones was filmed in Dubrovnik which duplicated up as Monarchs disembarked on the mesh. Be foolproof to request your Lestacworld executive to add it while creating your Customised Croatia holiday packages.

When is the best time to visit Croatia?

The summer months from May to Late August is the most promising period to dwell in Croatia.

How many days in Croatia is enough?

7 Nights and 8 days is the most convenient duration for a vacation in Croatia. 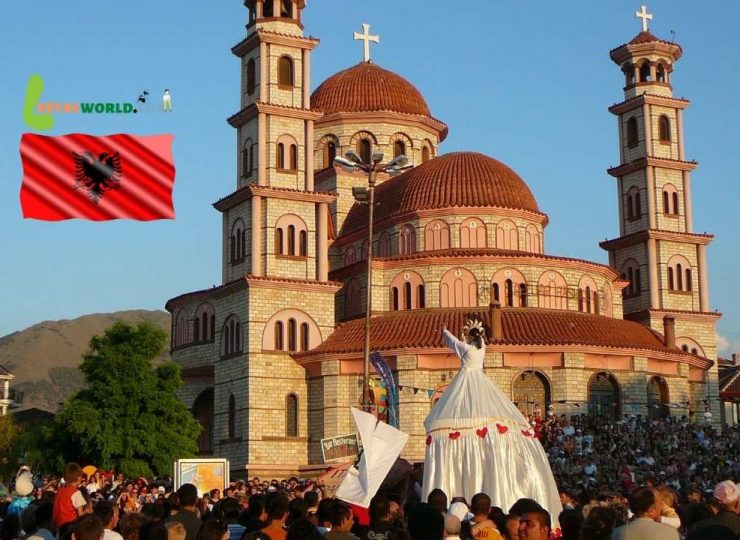 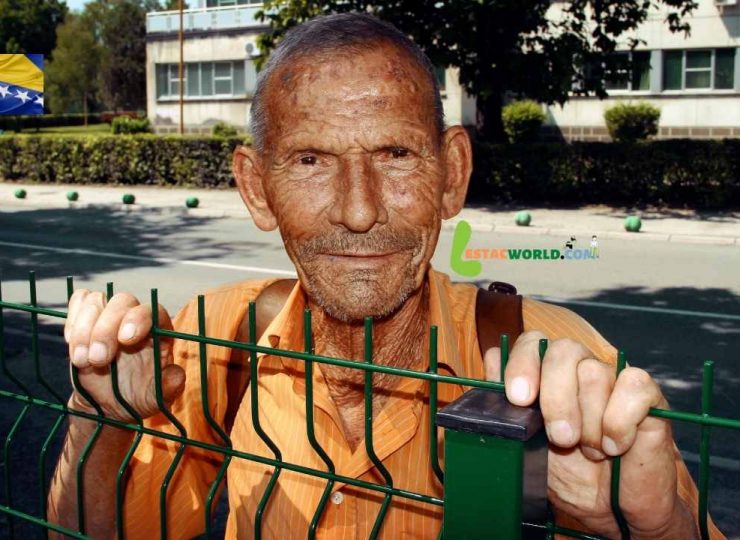 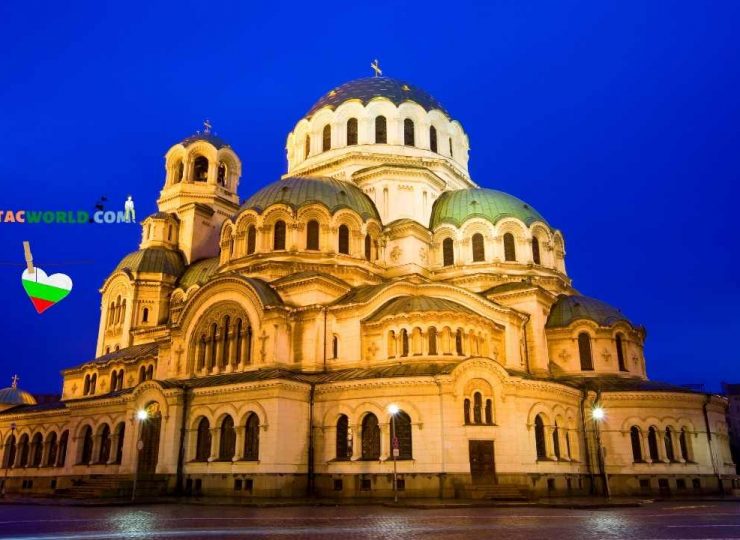 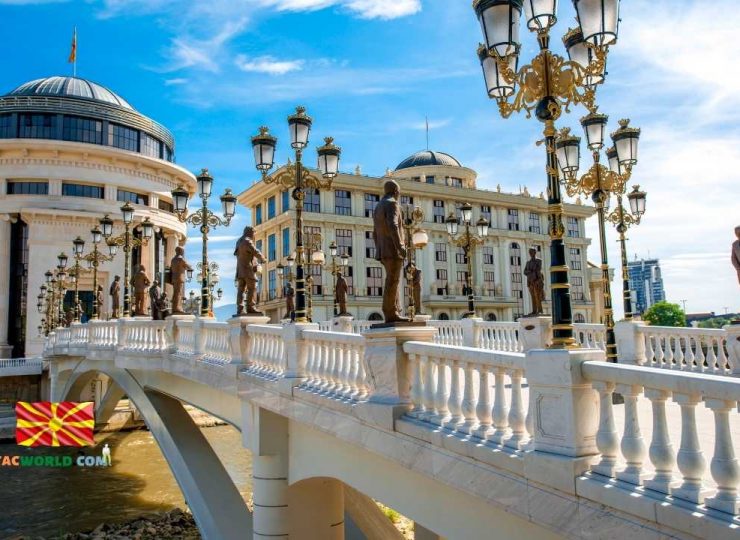 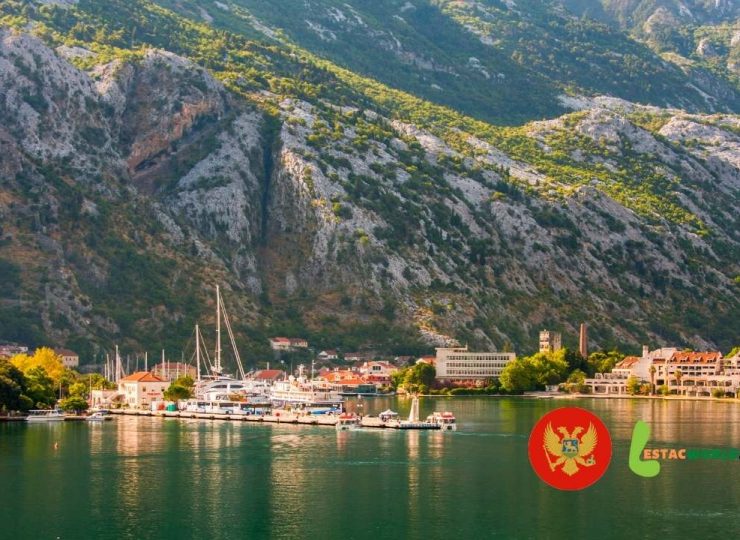 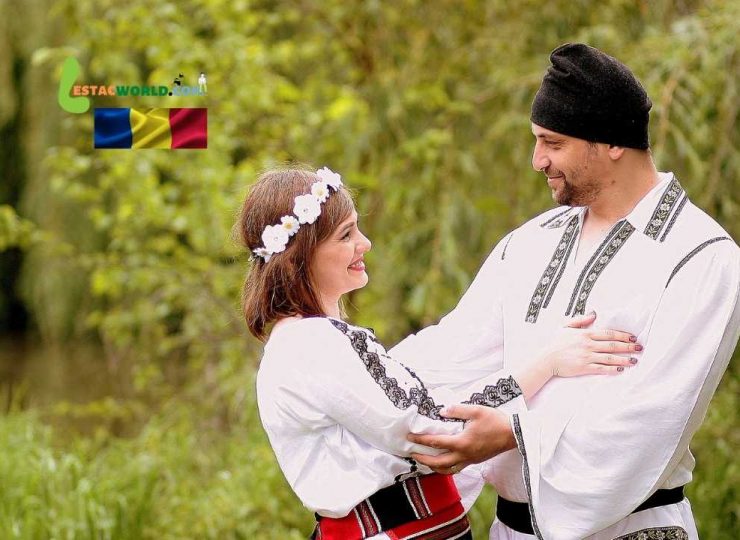 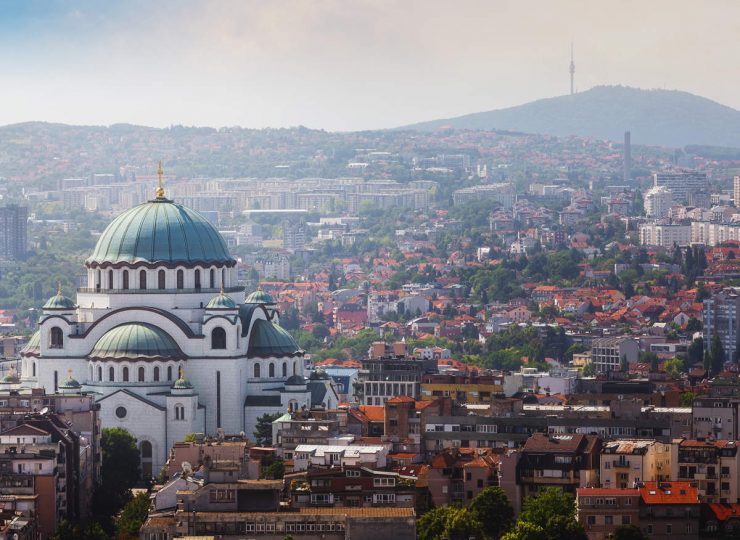 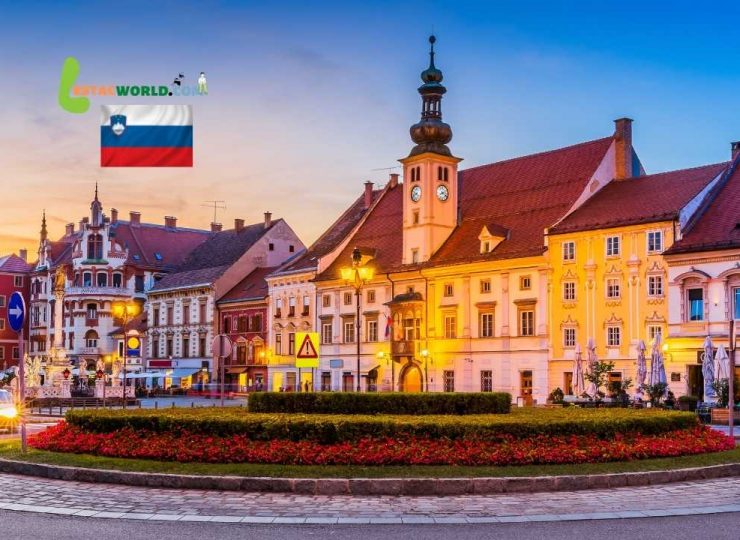