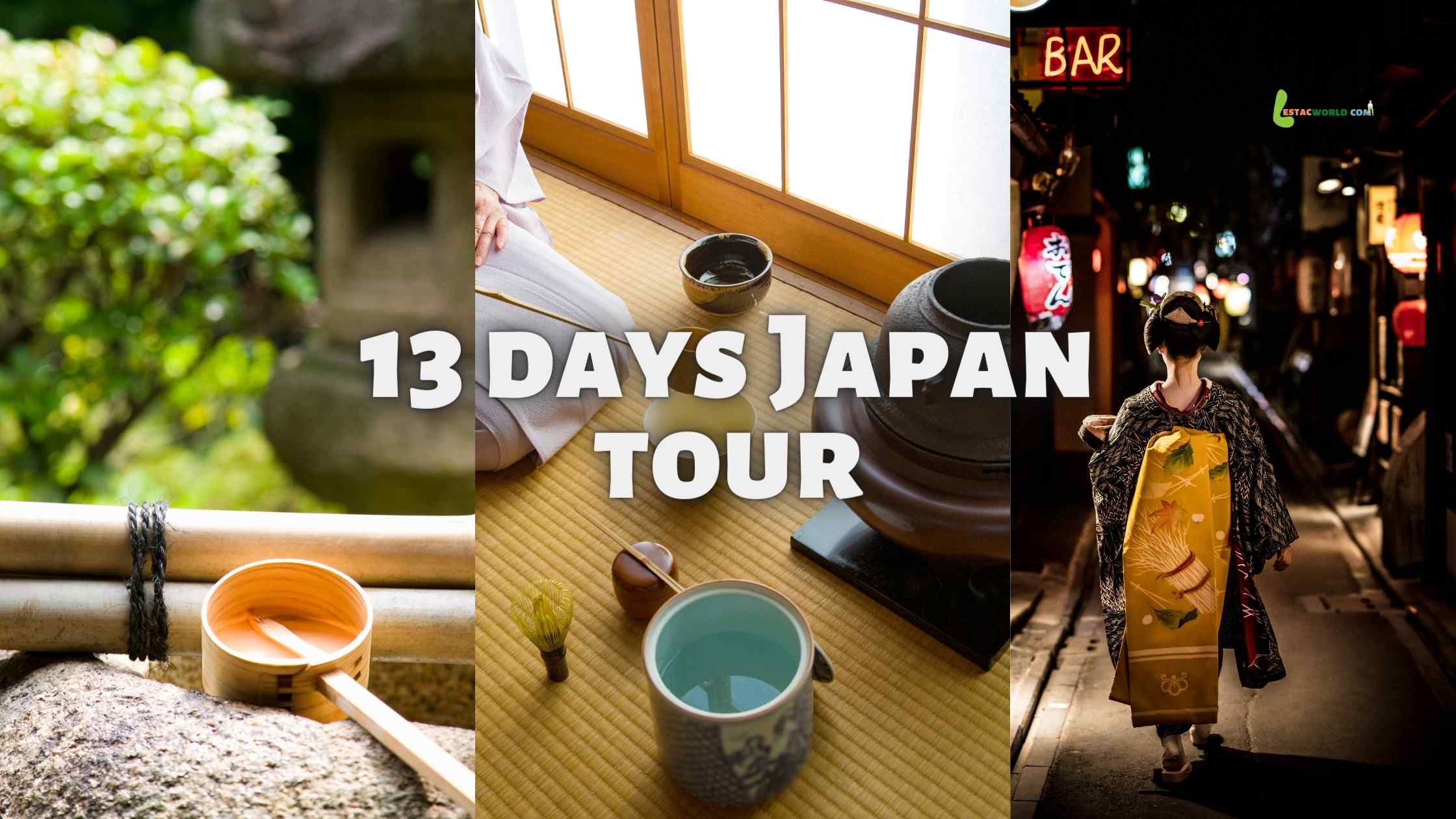 The city of Hiroshima, whose name literally translates to “broad island,” can be situated in the delta of the ta River, which is made up of a collection of tiny islands that are cut off from one another by the six channels that the river has. Mri Terumoto, a feudal lord during the 16th century, is credited with establishing the community as a fortified town. Since it had been a military center since 1868, it was susceptible to bombardment by the Allies during World War II. The city had never been attacked before to the atomic bombing that took place at 8:15 on August 6 and was carried out by a B-29 bomber belonging to the United States Army Air Forces. In the first explosion and the immediate aftermath of it, more than 70,000 people lost their lives, and the majority of the city was completely obliterated. Radiation exposure was shown to be a contributing factor in an ever-increasing number of fatalities and illnesses in the decades that followed. 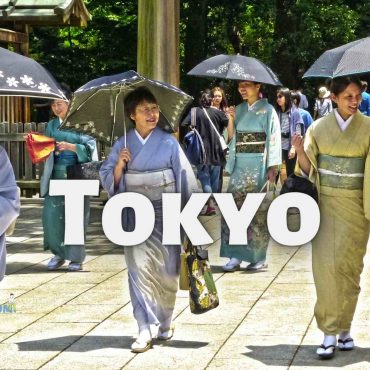 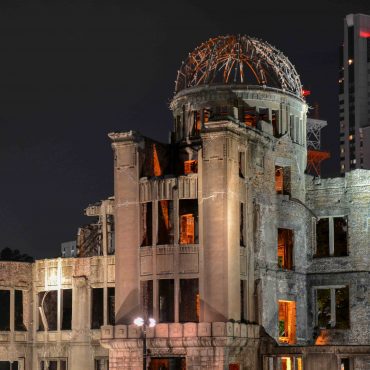 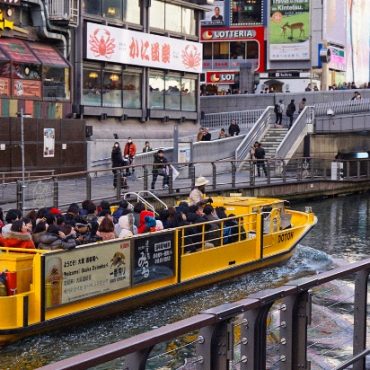 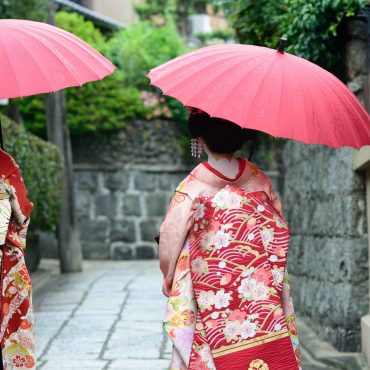 Hiroshima has a humid temperate climate with mild winters and muggy, rainy summers. As with the rest of Japan, the city gets frigid northwest currents in the winter and hot, humid tropic currents in the summer.
Seto Inland Sea, between Shikoku and Kyushu.

Milder weather with highs above 10 °C (50 °F) and colder weather with wind, rain, and lows near 5 °C (41 °F) alternate throughout the winter. Snowfalls and evening frosts are modest.
The summer monsoon provides hot and sticky weather. Summer highs averaging 35°C (95°F), with pleasant evenings and high humidity. August is hottest and stormiest due to ocean thermal inertia. Temperatures are below.

The airport, located 40 kilometers (25 miles) east of the city at a height of 330 meters (1,080 feet), receives substantially lower weather than the city itself; for example, in January 2016, the airport suffered -8 °C (18 °F) while the city experienced -4 °C (25 °F).
Annual precipitation averages 1,570 mm (62 inches). Winter is dry. June and July mark the start of the rainy season (called Baiu). August is the hottest, driest, and sunniest month of summer. This figure shows average rainfall.

April and May, before the rainy season, and August, after the Baiu rains, get an average of 6.5/7 hours of daily sunlight. Below are typical daily sunshine hours.

Hiroshima’s climate is best from mid-April to mid-May and late October to mid-November.
Hiroshima’s cherry blossom viewing season is April 2–3, although temperatures can dip below 12 °C (54 °F) so dress warmly.

Things to do in Hiroshima

The initial objective of the atomic bomb dome was to promote Hiroshima’s goods and services outside of Japan, hence the name “Industrial Promotion Hall.”

This article examines the evolution of the nuclear bomb bunker.

On August 6, 1945, the first atomic bomb ever used in combat was dropped on Hiroshima. At a height of 600 meters, the detonation was audible 160 meters to the southeast of the Industrial Promotion Hall. Due to the Hall’s proximity to the explosion’s centre, it bore the full force of the radiation, heat waves, and blast. Due to the fact that the explosion pressure came from almost directly above the building, the central structure, which was an elongated column with relatively thick walls, narrowly escaped collapse.

The Hiroshima Peace Tribute Museum is a memorial to the people who lost their lives when an atomic bomb was detonated over the city of Hiroshima during World War II. The museum can be found within Hiroshima Peace Memorial Park, which is located in the heart of the city.

The Hiroshima Peace Memorial Hall first opened its doors to the public as a museum in August of 1955. (now the International Conference Center Hiroshima [ja]). On their yearly excursion to Hiroshima, students from all around Japan as well as tourists from all over the world converge here. The museum has been visited by around 53 million visitors since it first opened in 1955, which averages out to more than one million people every year. The primary architect who was responsible for the building’s construction was Kenz Tange.

The newest part of the museum is called the East Wing, and it focuses on the history of Hiroshima City before the bomb was dropped on it, as well as its development and the decision to drop the bomb, the lives of Hiroshima citizens during World War II and after the bombing, and it concludes with information about the nuclear age and efforts for international peace. This part includes a model that depicts the devastation of the city that was featured. Scientists and influential authorities of the time period exchanged letters in which they discussed the development of atomic technology and the anticipated outcomes of its use.

The museum’s old West Wing had a section devoted to displaying bomb damage. Damage Caused by the Heat Rays Researchers looked explored how the heat from the bomb affected a variety of objects, including wood, stone, metal, glass, and even human tissue. Damage Caused by the Explosion This article looks at the damage caused by the explosion’s aftershocks. In the final chapter, “Damage by the Radiation,” the consequences of the bomb on human health were investigated.

M. Terumoto, one of Toyotomi Hideyoshi’s Five Elders, built the present-day Hiroshima Castle between 1589 and 1599.

It was located at the confluence of the Otagawa and Iriomote rivers in the delta of the Otagawa. There was no such place as Hiroshima at the time; instead, the area was known as Gokamura, which means “five villages” in Japanese. In 1591, after leaving Yoshida-Kriyama Castle, M. Terumoto moved his government to this castle. This area encompassed a substantial chunk of present-day Shimane, Yamaguchi, Tottori, Okayama, and Hiroshima prefectures.

In the center of Hiroshima, the Shukkeien Garden is a gorgeous urban retreat. The garden was commissioned after the building of Hiroshima Castle in 1620. This garden did not reopen to the public until 1940, following a lengthy closure. Five years after the city’s atomic blast, the garden was restored to its original splendor.

Shukkeien is exemplary of a traditional Japanese garden. The phrase “shrunken-scenery garden” refers to the small representations of the garden’s real-world landscape elements, including valleys, mountains, rivers, and lakes. Given that a warrior and tea master thought of the garden, it seems reasonable that a number of teahouses are dispersed across the grounds so that guests may view the landscape from a variety of vantage points. A path that circles the garden’s perimeter is also there and makes for a pleasant area to wander. In accordance with custom, the garden now holds many tea ceremonies year. In the outdoor teahouse, guests may unwind with tea, coffee, and traditional Japanese sweets.

The “floating” torii gate at Itsukushima Temple ((), Itsukushima-jinja) is the most recognizable feature of this Shinto shrine on the island of Itsukushima (also known as Miyajima). You may get a boat from Miyajimaguchi Station in Hatsukaichi, Hiroshima Prefecture, Japan, to get there. Multiple buildings and artifacts inside the shrine complex have been recognized as National Treasures of Japan. UNESCO has listed the whole complex as a World Heritage Site.

As a major tourist attraction, Itsukushima Shrine draws many visitors every year. It is well-known for the ocean vista, the vast forests, the sacred peaks of Mount Misen, and the shrine’s beautiful gate, or torii. There are a total of seventeen buildings inside the complex, but the Honsha temple and the Sessha Marodo-jinja are the most prominent.

In Hiroshima’s Peace Memorial Park, a variety of memorials may be found. If you’ve ever been to Hiroshima, you’re surely familiar with the “Children’s Peace Monument.”

In our experience, school groups that have visited Hiroshima more than twice have presented a thousand paper cranes in front of the memorial.

The atomic bomb was exploded at 8:15 a.m. on August 6, 1945, in Hiroshima. At the time, a significant portion of Hiroshima’s population was presumably students. On August 6, 9,111 students were dispatched to the city as part of a mobilization operation; many of them have subsequently become victims. National school students in grades three through six (modern elementary school grades three through six) were also evacuated in huge numbers. Numerous relatives of these children were slaughtered. After their parents passed away, they were abandoned and had no place to call home.

The name “Mitaki,” written in Japanese kanji, literally translates to “three” and “waterfall.” This is a reference to the fact that the property features three different waterfalls. Since the year 809, the Mitaki-dera Temple, which was constructed to pay homage to Kannon, the Goddess of Compassion, has been located in its present-day site. At the center of the main entrance to the compound stands a spectacular pagoda that is split into two levels. In the wake of the atomic bombs that took place in Hiroshima in 1951, this was moved there from Wakayama in order to provide comfort to the loved ones of the victims.

As you meander through the tranquil gardens, you will come across a number of stone jizo sculptures and other memorials remembering the people who lost their lives as a result of the atomic bomb. Sculptures of Jizo, the guardian deity of women, children, and travelers, are sometimes embellished with fiery red hats and bibs. Jizo is also known as the “guardian of travelers.” The enchantment of the majority of the sculptures at this shrine comes from the moss that covers them. In addition, there is a cozy little teahouse on the premises that serves authentic Japanese cuisine.