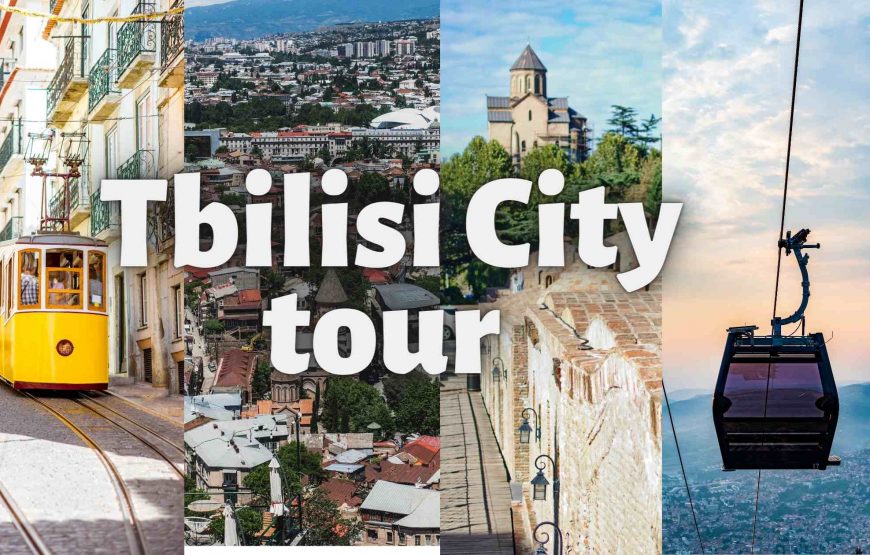 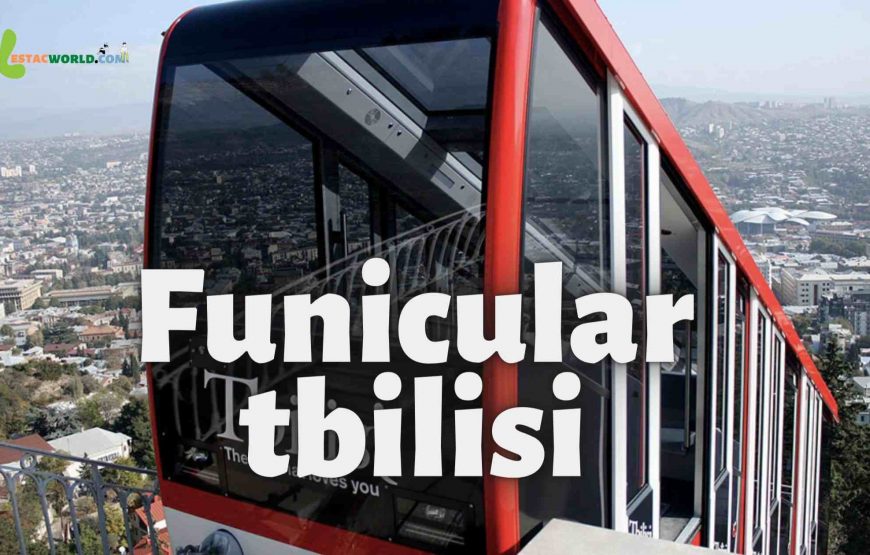 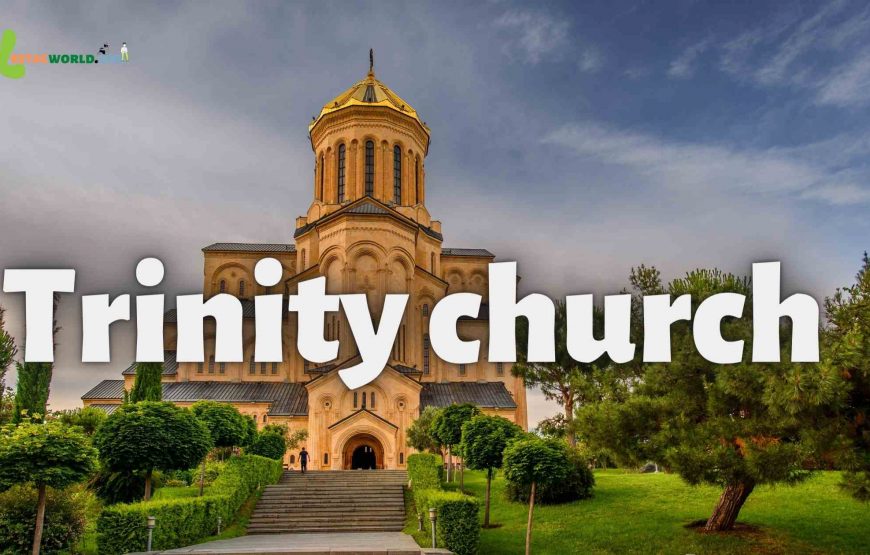 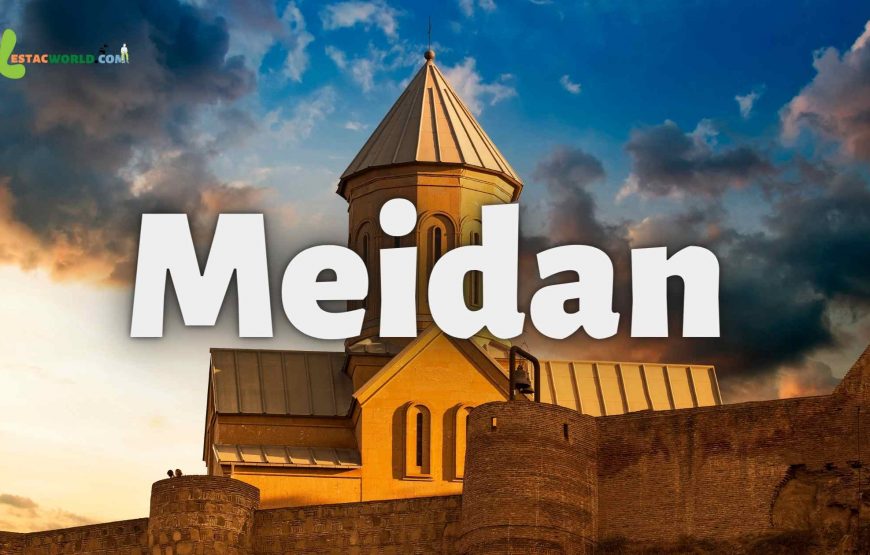 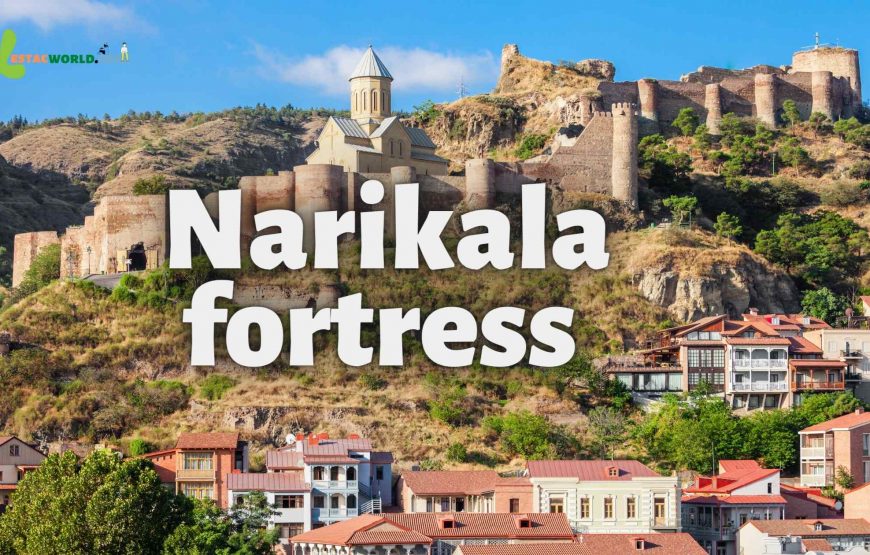 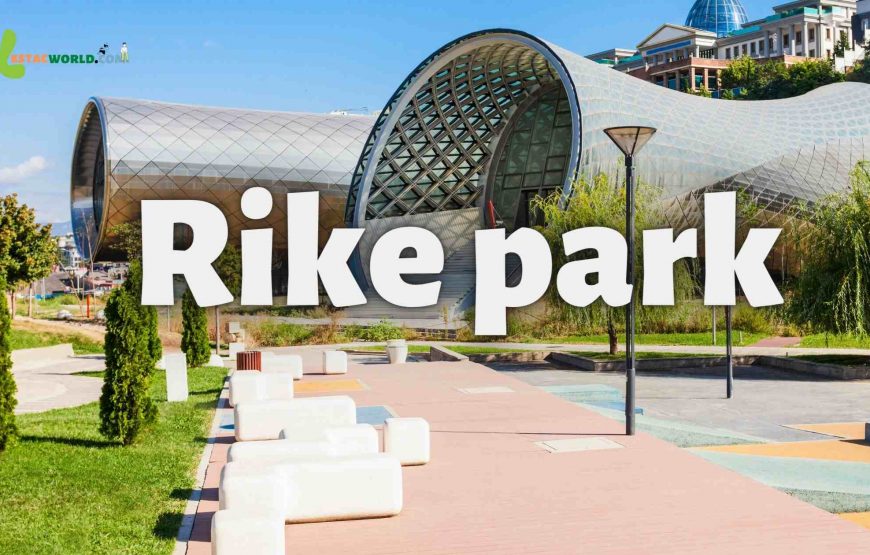 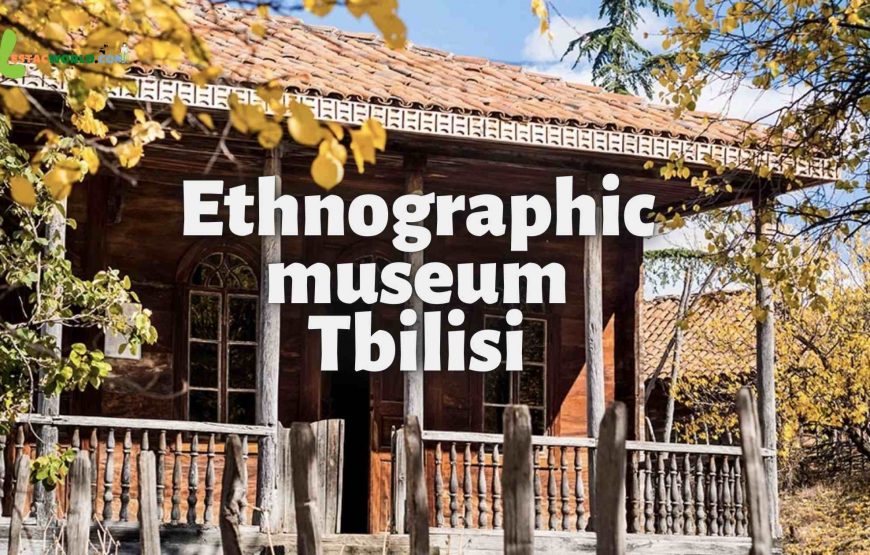 Tbilisi city tour – You will love to be in Tbilisi city. Be it family outings, or professional trips, you may be certain that your needs will be met. We want to ensure that you have a relaxing and enjoyable trip, so that you may focus on the things that matter most to you. Just look up what you want, make a reservation, and off you go! All you have to do is choose the time and mode of transportation.
Do you want to see the same city that has small mountain ranges, genuine courtyards, and a “live” history? In only a days tour, you’ll discover what makes Tbilisi awesome. You’ll go by sulphur springs, a puppet theatre, an old temple, a waterfall, and some peculiar sculptures, among other sites of worship. My knowledge of Georgia’s past, present, and cuisine will fill the Ethnographic Museum, Turtle Lake, Mtatsminda Park, the Kartli Mother, and the stroll.

Other activities in Georgia

Tbilisi Airport to Hotel transfer
from $35

In the morning, after breakfast, your Tbilisi city tour will begin. The pick-up timing can be adjusted as per your convenience; however, the Tbilisi city tour is suggested to start between 9 and 10 AM. After breakfast, as per your mentioned timings, please wait for driver at hotel recepetion. Initially you will drive through Leselidze Street, Freedom Square, and Rustaveli Avenue

10:30 am - Arrive at Ethnographic museum

Examples of Georgian traditional architecture and handiwork are on exhibit at the Giorgi Chitaia Open Air Museum of Ethnography in Tbilisi. The Georgian ethnographer Giorgi Chitaia founded the museum on April 27, 1966; he is honored as the institution's namesake. It has been under the supervision of the Georgian National Museum since December 30, 2004.There is a 2-kilometer zip line for which you will have to pay 20 USD per person extra.

After the museum, you will head towards the Rike park, the second spot of your Tbilisi city tour.
Rike Park is one of Tbilisi's newest public green spaces. Located on the opposite side of the river Kura (Mtkvari), it has quickly gained the attention of sightseers from all over the world. Especially over the summer and with families.

The park's primary entrance is conveniently located on the picturesque pedestrian bridge known as "The Bridge of Peace." Numerous amusements such as a huge chess board, a children's labyrinth, a singing and dancing fountain, and a pond/water feature can be found at this park.

The Bridge of Peace and the Rike Concert Hall are the park's two most notable man-made structures (which, unfortunately, is currently empty). These striking new buildings are in sharp contrast to the old city's quaint alleys and neat rows of carved balconies, but they also seem to belong in the heart of the neighborhood.

For 1 Lari, you may ride a contemporary cable car up to the fortress area. After seeing the Mother Georgia monument at the summit, visitors are encouraged to descend through the castle and the magnificent medieval church that sits inside its walls. Then you may descend to the plaza with the historic Turkish baths.

You won't find anything like the baths in Tbilisi in Istanbul, Budapest, or anyplace else. Bath etiquette is something you should familiarize yourself with before your trip so that you may make the most of your time there and prevent any humiliation.

Some of Tbilisi's most interesting and well-known residents live near these sulphur baths (Abanotubani). The health advantages of sulphur baths are many, and they are also a wonderful way to unwind. Even though there's a wide range of options when it comes to choose a bathhouse, they all have a common heritage.

Determining the Meaning and Background:

Abanotubani, which translates to "bath district," is a historic neighbourhood in Tbilisi well-known for its brick homes and sulphur baths.

The bathhouse sector has been an integral component of the city's development since its inception.

After an amazing sulphur bath on your Tbilisi city tour, you will head towards Meidan.You may find many Tbilisians at Meidan, one of the city's most visited spots. You must go to Meidan if you ever find yourself in Old Tbilisi. Leghvtakhevi Waterfall and the blue-mosaic-covered mosque are only two of the unique attractions in this area. The Narikala Fortress and the Metekhi Temple are seen from Meidan. The grave of Sayat-Nova, a renowned poet, may be seen nearby at the Armenian Cathedral of St. George. Delicious food may be had at any of the numerous cafés and restaurants around the area. You may also discover unique and unusual goods in the many specialty stores selling beverages, rugs, antiques, and other items inspired by Georgian culture. The Botanical Garden, another of Tbilisi's notable attractions, is conveniently located next to Meidan.

Old Tbilisi is must in your Tbilisi city tour.
In addition to the districts and settlements that were known as "Tiflis" prior to 1936, "Old Tbilisi" also includes the areas that are now part of the modern city of Tbilisi. The areas of Abanotubani, Kharpukhi, Kala, Isani, Avlabari, Sololaki, Mtatsminda, Vere, Ortachala, Chugureti, Didube, and Nadzaladevi make up Old Tbilisi.

Old Tbilisi is the epicenter of Tbilisi's tourism industry since it is where the majority of the city's landmarks are concentrated. Abanotubani, a set of sulphur baths, is a defining feature of this area. Aside from its religious establishments, Sharden Street is also home to several restaurants, bars, clubs, galleries, and other entertainment options. Old street vendors, wooden-carved buildings, and balconies are just some of the architectural highlights that make Tbilisi's historic district so appealing.

Holy Trinity Cathedral: The idea to construct a new cathedral to celebrate the 2,000th anniversary of the birth of Jesus Christ and the 1,500th anniversary of the autocephaly of the Georgian Orthodox Church originated in 1989, a pivotal year in the national awakening of the then-Soviet republic of Georgia. The Georgian Orthodox Patriarchate and Tbilisi's government launched a worldwide competition for the "Holy Trinity Cathedral" design in May 1989.

When the first round of the competition ended with over a hundred proposals submitted, no one was declared the winner. At long last, Archil Mindiashvili's plan has triumphed. Following six years of postponement due to civil upheaval in Georgia, the new cathedral's cornerstone was finally laid on November 23, 1995.

The chapel was built with the help of primarily anonymous contributions from a variety of companies and regular residents and was heralded as a "symbol of the Georgian national and spiritual resurgence." During a ceremony on St. George's Day (November 23), 2004, the cathedral was consecrated by the Catholicos Patriarch of Georgia, Ilia II, in the presence of many dignitaries from other Orthodox churches.

4:15 - Funicular - the last experience of your Tbilisi city tour

The first trip on the Tbilisi Funicular, which opened on March 27, 1905, cost money because passengers were so afraid to go on.

As a result of the Russian Revolution of 1917, plans to construct Upper Tbilisi were abandoned. Once an amusement park was built atop Mtatsminda in the 1930s, Soviet citizens had a new reason to use the funicular.

A new upper station funicular was built between 1936 and 1938. (Authors: Z. and N. Kurdiani; co-author: A. Valabuev). The cityscape always includes this same structure. There are now a number of excellent eateries, including the upscale Funicular, located inside the upper station structure. The ballroom on the second level has a panoramic view of Tbilisi by Koka Ignatov.

After all the amazing activities, you will be dropped back off at the Tbilisi hotel where you are staying. It will prove to be an amazing Tbilisi city tour for you, where you will make a lot of memories.

Booking Requirements
Important: Infants and children must be included in the passenger headcount
Please note: The address and name of your accommodation (e.g. hotel, villa or resort) must be stated clearly at checkout.

No refund will be issued for delays or failure in pick-up due to incomplete information
Additional Information
Child seats are available upon request
Wheelchairs can only be accommodated in larger vehicles
Our system detects your current location and converts the currency accordingly. If your card is issued in a different currency, you can still pay in the currency mentioned on your checkout page. Our payment gateway system can accept all currencies and cards.

You can cancel or modify the service through the dashboard. If there are any issues, you can always get in touch with our customer executive through the Support link.

Once you make the booking, you will be contacted by our local executive. Our executive will share the driver's details for your Tbilisi city tour.

Lestacworld gave amazing servince in Tbilisi city tour for us

Boris is a fantastic tour guide, I felt safe and at ease the whole time we were together. He was really well-informed and took stunning photographs. I found out that he is incredibly perceptive since he understood just when to keep me up and just when to let me sleep throughout the drive. Yes, the vehicle is comfy enough to fall asleep in, plus he is a very careful driver, so I had no worries about falling asleep. You can count on Boris to be an excellent guide whether you're travelling alone or with a large group. Thanks Lestacworld for smooth booking
View More

I enjoyed the ride to Dashbash Canyon thanks to my guide Anglo, who is a terrific guy and a lot of fun. I appreciated the opportunity to see more of Georgia than just Tbilisi on this trip. I appreciated that I was not hurried and could take my time exploring. We appreciate your help very much!

we had the great fortune to spend the day with Misle

Yesterday, we had the great fortune to spend the day with Misle, seeing the wineries of Georgia. With our departure from Tbilisi, we left the city and headed out into the countryside, where we were able to take use of Misle's remarkable expertise on all things Georgian. All three of the vineyards we went to were fantastic. Each stop was more memorable than the last because of the relationships he'd formed there. An unforgettable time with Misle as your guide and host. Absolutely necessary.
View More
Showing 1 - 3 of 3 in total 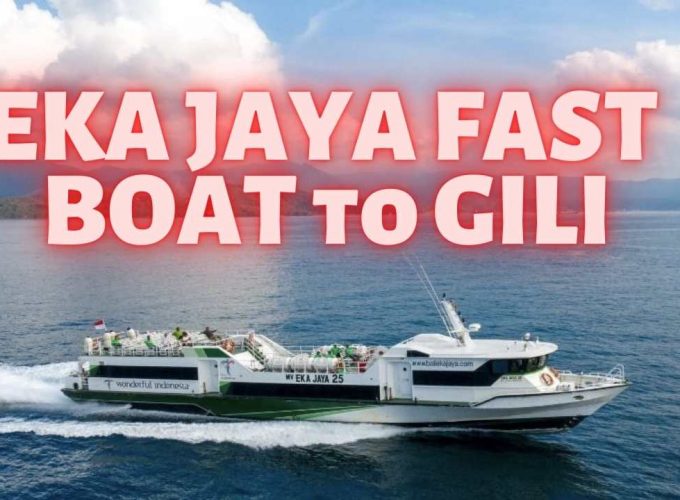 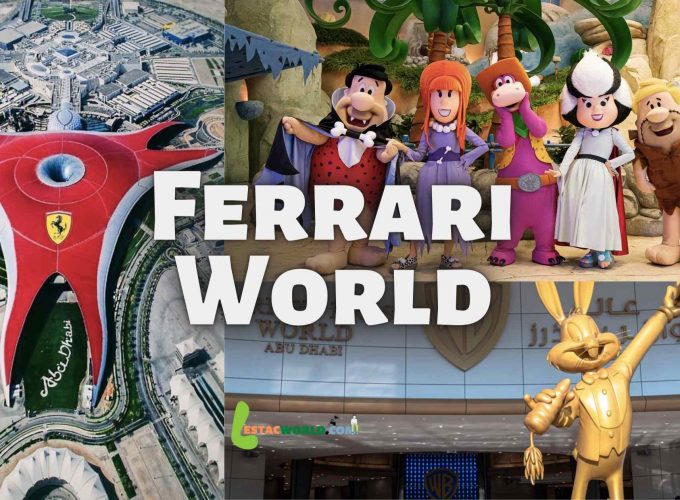 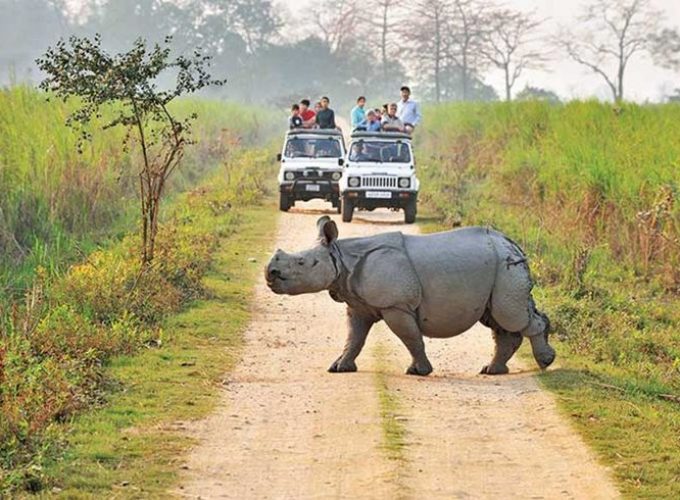 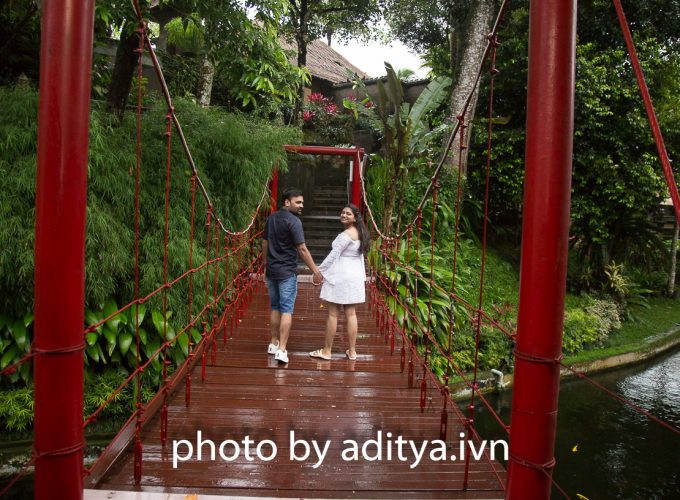