Chiang Mai, the tranquil and easygoing northern metropolis, never fails to enchant guests with its picturesque mountains and fertile farms. A great many remnants of its past as the capital of the illustrious northern kingdom of Lanna remain today. Chiang Mai’s Old City is home to a thriving culinary scene and hip cafes in addition to its famed art galleries and handicraft boutiques. Where do all those people come from, and why do they spend millions of dollars each year to visit Chiang Mai? Come with us as we explore this lovely northern city and see all it has to offer.

Chiang Mai, Thailand, was founded in 1296 CE and was formerly the capital of the Lanna Kingdom. Located 700 kilometres north of Bangkok in the gently sloping Himalayan foothills, access was difficult until the 1920s. Chiang Mai’s unique allure has survived thanks in part to its relative remoteness.

The walled city is the heart of Chiang Mai’s rich history (“city” is chiang in the northern Thai dialect while mai is “new”, hence Chiang Mai translates as “new city”). Only the moat and a few sections of wall going back to its renovation a few decades ago remain.

More than 30 temples, some dating back to Chiang Mai’s founding, can be found within the city’s remaining walls. These temples are a blend of Burmese, Sri Lankan, and Lanna Thai styles, and they feature intricate wood carvings, Naga staircases, leonine and angelic guardians, gilded umbrellas, and pagodas laced with gold filigree. The most well-known of them is Wat Phrathat Doi Suthep, perched on a hilltop thirteen kilometres outside of town.

The months of November through February in Chiang Mai are the most enjoyable due to the moderate temperatures. It’s high season for vacationers right now.Northern Thailand, including Chiang Mai, does not follow the typical seasonal pattern of spring, summer, fall, and winter. There are three different seasons in the area: winter, summer, and spring. Chiang Mai is located higher, making it cooler than Bangkok.

The low latitude and modest elevation give Chiang Mai a tropical savanna climate, making it mild to hot all year round. Nights during the dry season may be rather pleasant.Burning (and the associated smog) in March is a particularly persistent issue in Chiang Mai. Views of the surrounding mountains are obscured by a dusty haze that often settles over the Ping River valley, posing a threat to human health.

The climate in northern Thailand is often much milder than that in the rest of the country. The steep topography and central Asian position of northern Thailand results in lower temperatures and less humidity than the rest of the country.Still, the rainy season brings a good deal of wet weather, and the temperature turns downright frigid if you go into the adjacent mountains.

See the graph of average temperatures and precipitation for Chiang Mai, Thailand, below.Chiang Mai is accessible throughout the year, although the months of November through February provide the most pleasant temperatures. The weather is mild and bright, making it perfect for exploring the outdoors.

Because of the wet weather, prices drop significantly between July and October. It is the most cost-effective time to visit Chiang Mai.Come in April for Thai New Year (also known as Songkran Festival) or in November for Yi Peng Festival if you want to witness two of Chiang Mai’s best celebrations.The heaviest rain falls in Chiang Mai between July and October. During the rainy season, it may or may not rain for a few hours at a time.

The humidity is through the roof, and the temperatures are marginally lower than the prior months. Typically, September is the month with the most rainfall.

Northern climates are pleasant even during the wet season. Heat relief arrives with the rains, and the landscape’s original stunningly beautiful green colour is restored.

Things to do in Chiang Mai

Wat Phra That Doi Suthep, one of the holiest and most significant Buddhist temples in all of Thailand, was constructed around the turn of the nineteenth century. It’s clear that a lot of time and effort went into designing and building this construction. You can’t go wrong with a visit to the Wat Phra That Doi Suthep temple if you’re searching for a unique and relaxing adventure.

Temple of Phra Wihan Nearly 15 kilometres outside of Chiang Mai, on top of Doi Suthep. One of the most well-known and revered temples in all of northern Thailand is located atop the Doi Suthep mountain on the outskirts of Chiang Mai.

The second piece of bone was placed on top of a white elephant, a holy animal and significant symbol in Thailand, and the elephant was then released into the wild. The legend states that the elephant made its way up to the peak of Doi Suthep, where it halted, trumpeted three times, and then collapsed and died. This was seen as a sign from the gods, and thus King Nu Naone ordered the building of the temple to begin.

Doi Inthanon, in the province of Chiang Mai, is the country’s tallest peak at 2,565 meters above sea level. Stunningly different landscapes and types of forest may be found inside Doi Inthanon National Park. There are several types of forests found there, including tropical rain forest, mixed forest, and pine forest. In the chilly season, when temperatures average about 50 degrees, there is a magnificent phenomena known as Mae Kha Ning, or frost flower, in the early mornings and practically continual fog covering throughout the day. Vacation Activities in Doi Inthanon Recognize Phramahathat Napamathanidol and Phramahathat Napaphol Bhumisiri (the Great Holy Relics Pagodas). Take in the enchanting sights of a winter morning fog. Hike the trails at Kew Mae Pan and Ang Ka, or see the Mae Klang, Wachirathan, Siriphum, and Mae Ya Waterfalls. Visit the rice paddies of Mae Klang Luang. Take part in a bird-watching activity. Take part in sky watching at the Thai National Observatory, one of the best optical astronomy centres in Southeast Asia. Inthanon Royal Agricultural Station is waiting to be explored. You may shop for souvenirs or some Doi Inthanon-made processed fruit at the little local market.

Doi Pui Village is a well-known tribal settlement and one of the most frequented tourist destinations in Chiang Mai because to its stunning scenery and impressive waterfalls. Doi Pui Village’s beautiful waterfalls are conveniently located just off the highway. A trip here will provide you a glimpse into the daily life of the local indigenous people.

Their musical instruments, traditional silver-embroidered clothes, and bamboo-based arts and crafts will all serve as educational tools in your exploration of their culture. There is a large village market and stunning city views from the top of the Doi Pui Hmong Hill Tribe’s lighthouse. There are a few coffee shops in addition to the many booths.

Doi Pui is so high that it is always blanketed in fog, and its elevation also gives it a rather cold climate. Red fox squirrels, birds, eagles, pheasants, and macaques are just some of the birds and small animals that call the woods home. The museum provides an opportunity for guests to engage with the stunning Hmong people and get insight into reliable strategies for the preservation of cultural heritage.

Visiting the Hilltribes Gallery and the neighbouring waterfalls are common add-ons to a vacation to the Tribal Village in Thailand.

The City Pillar Shrine is housed in this 14th century Temple, which is most well-known for its massive chedi, which stands at 282 feet tall and 144 feet wide (at the base).

As its name indicates, the Wat Chedi Luang Temple in Chiang Mai is home to the biggest Buddhist chedi ever constructed, measuring in at a whopping 98 meters in height and 54 meters in circle. In 1481, under the reign of King Mengrai, the first chedi was finished. To contrast, the original Chedi Luang was destroyed by an earthquake in 1545, and the present structure is a reconstruction of the original. The serpents that decorate the façade of the ordination hall are one of the most distinctive features of Lanna architecture.

Chiang Mai inhabitants go to Talat Pratu, also known as the Chiang Mai Gate Market, to get their groceries for the week. On Bumrung Buri Road, merchants open their stalls at the crack of dawn, offering anything from fresh produce to Thai spices, authentic meat dishes, and tourist trinkets.

Founded in 1965, the Highland People Discovery Museum serves as a repository of hill tribe artifacts and a teaching tool for the next generation of hill tribespeople. There are 2 main sections to the museum: One can find an exhibition about King Bhumibol’s highland development project on the top floor of the museum’s four-story building, as well as a documentary room honouring His Majesty the King and his development of the highlands, and a learning room dedicated to the ten highland tribes administered by the Ministry of Social Development and Human Security: the Karen, Hmong, Mien, Lahu, Lisu, Akha, Lawa,Thin, Khmu, and Second, outside the museum’s main entrance, where you may see replicas of traditional dwellings, complete with everyday items and information on the 10 different indigenous groups and their customs.

The Bua Tong Waterfalls, or better known as the Sticky Waterfall, is a hidden natural wonder and a great insider tip for Chiang Mai. The stunning Bua Tong Waterfalls, which may be scaled both vertically and horizontally, are a major attraction here. Sticky, round pebbles that are practically white stand in stunning contrast to the lush greenery of the forest. So, pack your bathing suits and let’s go! To fully appreciate the beauty of Northern Thailand, a visit to Chiang Mai and the Sticky Waterfall is required. 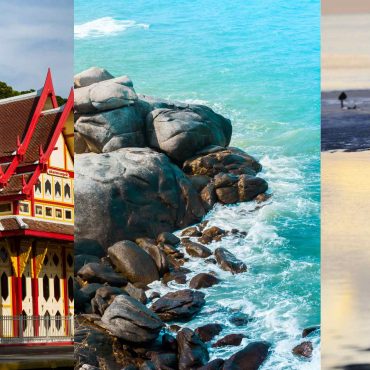 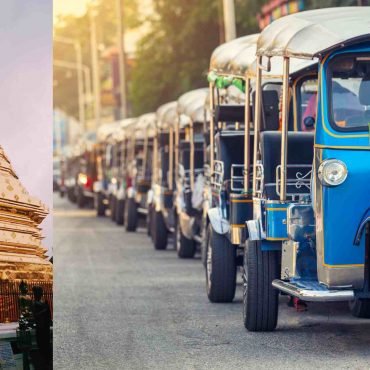 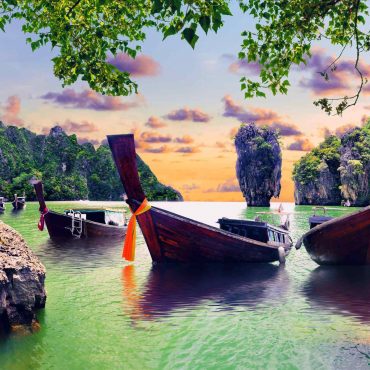 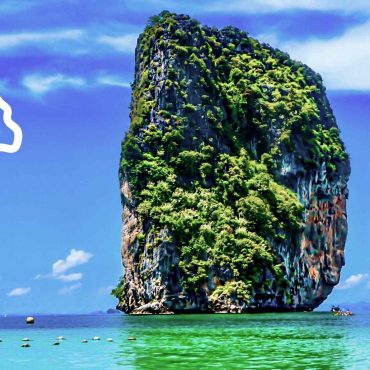 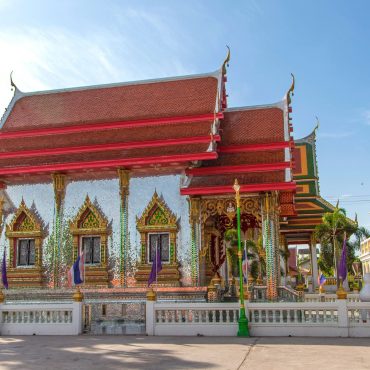 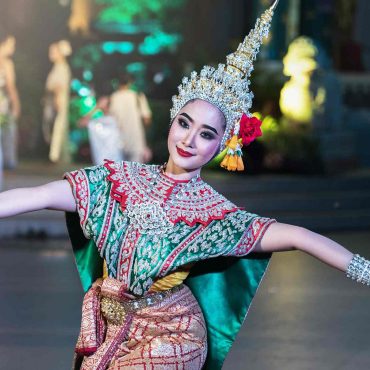 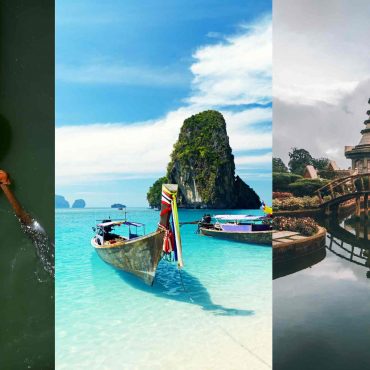 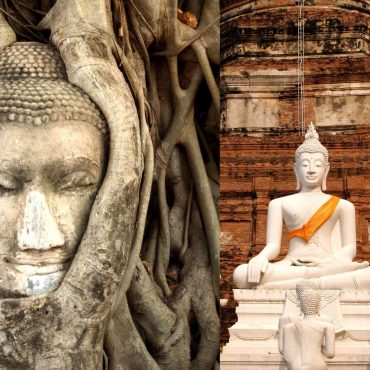